York, Pennsylvania is Home of the USA Weightlifting Hall of Fame 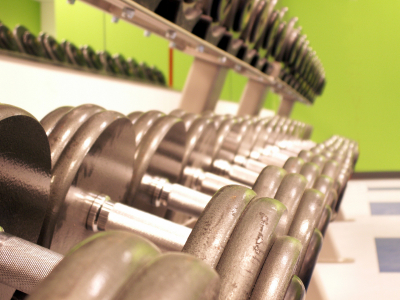 The town of York, Pennsylvania was first established in 1741 by settlers arriving from Philadelphia. Since that time, York has had a rather interesting history. During the American Revolutionary War, York became the temporary capital for the Continental Congress. In the late 1800s, the city was a prominent center for agriculture. However, York was quickly industrialized in the early 1900s following the invention of the steam engine. In 1895, the Pfaltzgraff Company established its first factory in York, one of many famous companies to call York home. And in 1932, Bob Hoffman, the U.S. Olympic coach (1948 to 1964), businessman, philanthropist, and “Father of World Weightlifting,” founded the York Barbell Corporation. The adjacent USA Weightlifting Hall of Fame, previously known as the Bob Hoffman Weightlifting Hall of Fame, was later opened in 1958. The 8,000 square foot facility chronicles the history of strength sports, from mythology to the early Olympic Games to the current specialized sport of Olympic weightlifting, powerlifting and bodybuilding.

Because of its links to the weightlifting industry, York picked up the moniker “Muscletown USA.” And as you can imagine, a city known for its weightlifting history is home to more than a few gyms, fitness centers, and spas, three very different types of establishments with one thing in common: a need for fresh, clean towels on a daily basis.

With their emphasis on quick member turn, most big-box fitness centers don’t offer towel services. However, members of fitness centers that do offer towel service agree that it provides a feeling of membership and importance and makes them feel pampered.  It is also a convenience that makes it easier to use the facility at their convenience and is important concerning questions of membership loyalty.

Most business owners have the same question; why would I rent towels when I can handle everything in-house? The answer is simple. It is far more cost effective to outsource your gym or fitness center’s towel needs.  Between purchasing and replacing towels, purchasing equipment and soap to wash those towels, and factoring in the additional energy, labor, and maintenance costs to do all this, you can quickly see why a rental towel service makes sense.

If you have any questions about Towel Rental in York, please contact Joe Bateman at Lord Baltimore Uniform by calling 800-292-1224 or visiting LordBaltimoreUniform.comtoday. You can also follow us on Facebook, Twitter, LinkedIn, and Google+.

Categories: Blog and Towel Rental Services | Tags: Towel Rental in York, USA Weightlifting Hall of Fame, and Why Rent Towels
This entry was posted on Tuesday, June 25th, 2013 at 2:00 pm . You can follow any responses to this entry through the RSS 2.0 feed. You can leave a response, or trackback from your own site.