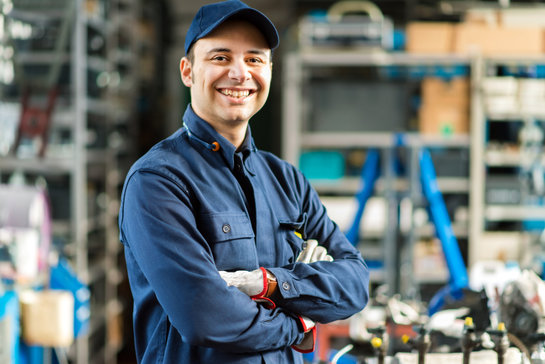 What we wear directly influences how others perceive us. This is the reason why so many employers choose to outfit their employees in eye-catching uniforms.

They say beauty is only skin deep, and they are right. However, it turns out that it is what’s on the outside that really counts – at least to your customers.

“Let’s be clear: In the big picture of ultimate reality, what you wear neither defines who you are as a person nor determines your value as a human being,” says Darlene Price, president of Well Said, Inc. “However, in the temporal realm of mere mortals, fair or not, people judge us by the way we look and that includes the way we dress.”

According to researcher Mary Lynn Damhorst, what we wear directly influences how others perceive us, especially in the areas of competence, power, and intelligence. This is the very reason why so many employers choose to outfit their employees in eye-catching uniforms.

The influence of uniforms on perception holds true across varying industries. For example, in 1970, researchers Stephen Leff, Rudy Nydegger, and Mildred Buck found that people perceived nurses as less caring when they were not in uniform. Similarly, 53% of the patients still prefer a doctor in a white lab coat, according to “Is our appearance important to our patients?” Of course, this phenomenon is not exclusive to the medical industry.

A team of researchers from the Department of Psychology at the University of Hertfordshire in the United Kingdom took 300 adults and showed them images of a man and a woman for just three seconds. In both pictures the man’s face was blanked out. However, in one picture the man wore a custom-tailored suit and in the other, while he still wore a suit, he wore one that did not fit him properly. After just three seconds, the subjects viewed the man in the custom-tailored suit much more favorable, believing him to be more confident, successful, and a higher earner.

Our clothes – in this particular instance, uniforms –make a tremendous difference in the way people perceive us. Uniforms have also been shown to influence employee behavior, but that is the topic for another blog post.

Lord Baltimore Uniform & Linen Rental is an independently owned service company. For over thirty years we have provided outstanding uniform rental service to Maryland, Washington DC, northern Virginia, Southern Pennsylvania, and Delaware. Our high level of customer service, coupled with our affordable prices has made us the go-to linen provider for businesses in the area.

To learn more about how Uniform Rental can help improve your Repeat Customers, please contact Joe Bateman at Lord Baltimore by calling 800-292-1224. We can also handle all of your towel and mat rental needs.

Categories: Blog and Uniforms | Tags: Behavior, Influence, and uniforms
This entry was posted on Tuesday, July 28th, 2015 at 4:18 pm . You can follow any responses to this entry through the RSS 2.0 feed. Both comments and pings are currently closed.