The Benefit of Food Service Uniforms for Restaurants in Harrisburg, PA 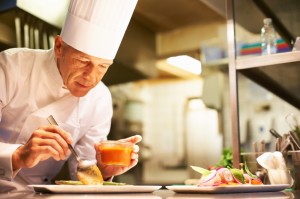 With a population of nearly 50,000 people, Harrisburg, Pennsylvania is a bustling city with a rich, diverse economy. Located at the intersection of Interstate 81 and Interstate 83 and just north of the Pennsylvania Turnpike, the transportation industry has become an important part of Harrisburg’s economy. It also doesn’t hurt that 80% of the country’s population lives within a two-day drive of the city. Harrisburg is also home to a constantly growing healthcare industry, a healthy health and fitness industry, and so much more. But, at the end of the day, Harrisburg’s greatest asset is its people. So what do these nearly 50,000 people have in common? They all need to eat.

Categories: Blog and Food Service Uniforms | Tags: Food Service Uniforms, Image, and Restaurants in Harrisburg
This entry was posted on Friday, August 30th, 2013 at 12:39 pm . You can follow any responses to this entry through the RSS 2.0 feed. Both comments and pings are currently closed.